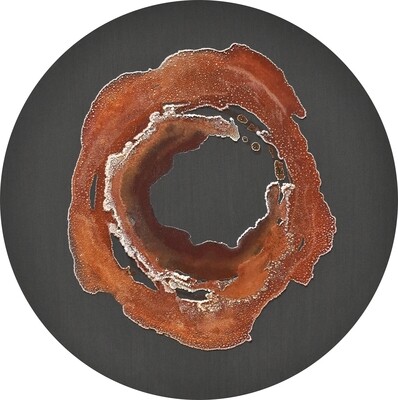 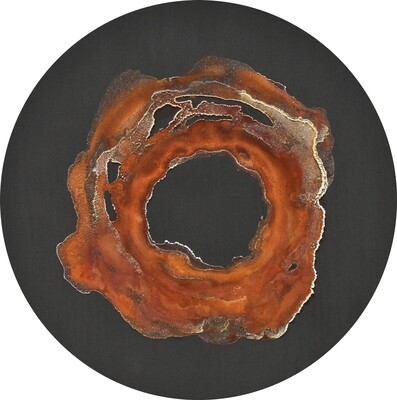 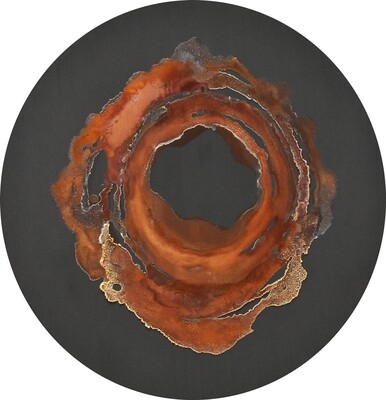 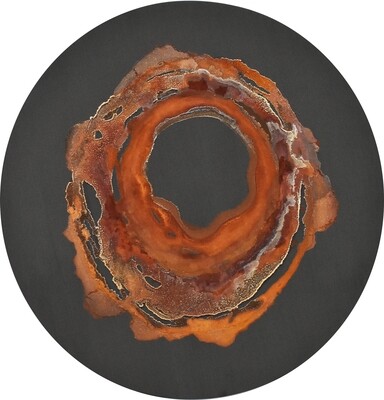 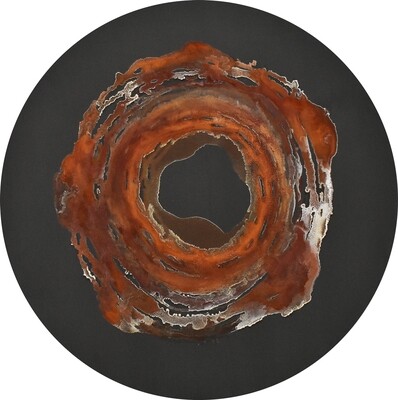 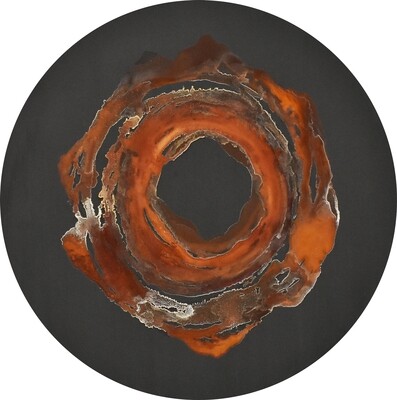 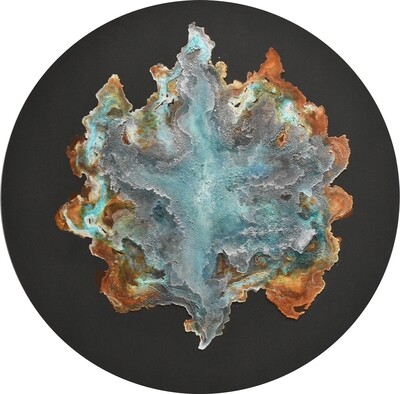 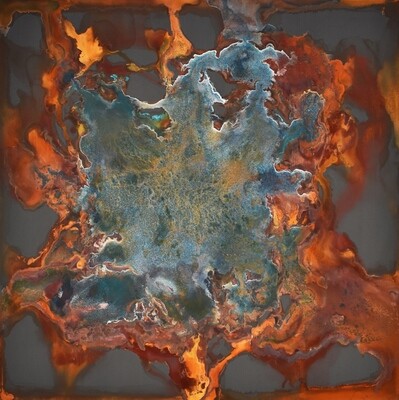 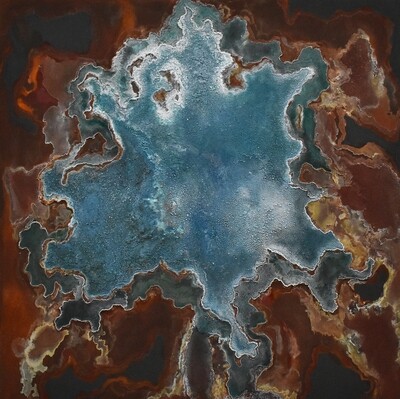 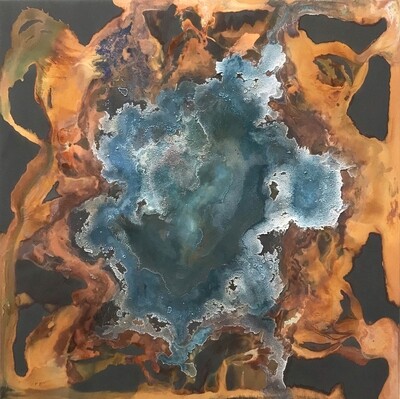 Tobias Tovera is an American visual artist whose work explores the intersection of nature, art and consciousness. Using materials subject to metamorphism, Tovera seeks to discover what he calls “transmuted spaces,“ places where energy can shift, change, or renew itself, by experimenting with alchemical processes. From the oxidation of base metals to the crystallization of natural salts, his work reveals the connection between the physical, metaphysical, and elemental realms, through which new forms are created. Tovera’s process is an attempt to capture physical and psychic topographies, informed by the way certain materials interact, transform, and self-organize. Each layer that is formed, each element introduced, is part of an intuitive movement between the artist and the materials themselves: a performative ritual that embodies the meditative state.

Tobias Tovera was born in Sacramento, California and studied at the California College of the Arts and the San Francisco Art Institute. His work has been exhibited in solo and group shows in the United States, Asia and Europe, and is part of numerous private, public, and corporate collections. During the course of his career Tovera has developed two bodies of work in painting and a series of sculptures. His new work investigates the interplay between his paintings and his sculptures and how they inform each other. Tobias lives and works in Brooklyn, New York and Oakland, California and is the founder of the Ark Project, an international artist residency program. He has been awarded with residencies at the Lucid Art Foundation, Root Division, and Local Language Art and has been published in American Artwork, Studio Journal Knock, Studio Visit, and Art Voices Magazine.

'We expect art to give us a sense of connection to the world and ourselves. We expect nature to give us the same thing. Tovera’s work, in its embrace of entropy and fluidity, its references to and imitation of the natural world, plays on this parallel set of expectations. Are his paintings nature or art? Maybe they are both.' -Victoria Gannon